InterSend Supports The TLS at The Hay Festival

The TLS is a weekly magazine that brings together the world’s most interesting thinkers and stylish writers. TLS comprehensively cover everything from the largest empires to the smallest tribes, French philosophy to American politics and ballad poetry to quantum physics.

Ensuring The TLS is clearly represented at the all-important Hay Festival is of paramount importance for this literary bible. The Hay Festival of Literature & Arts better known as the Hay Festival, is an annual literature festival held in Hay-on-Wye, Powys, Wales, for ten days from May to June.

Hay-on-Wye has been famed as a booktown ever since ‘King’ Richard Booth opened the first secondhand bookshop 50 years ago, the launch of Hay Festival in 1988 by the Florence family earned it a place on the literary and global map. The Hay Festival is one of the world’s biggest and best literary festivals happens every summer in the little borders town. Dreamed up around a kitchen table by Peter Florence and his parents 30 years ago, the first Hay Festival was held in the modest surroundings of a pub garden. These days it attracts 100,000-plus visitors over 11 days to engage with the world’s great writers, poets, philosophers, historians, scientists, comedians and musicians.

With a close trading partnership with InterSend’s sister company InterMedia, we were approached by national newspaper publisher News UK, to assist with the physical event logistics. From initial request through to delivery, we applied our hassle-free approach to ensure the project was completed on time and on budget.

No two events are the same when it comes to logistical management and applying our extensive experience and project skills, we worked closely with our client to ensure all the bespoke requirements were taken care of from start to finish.

Not only did we arrange the delivery and implementation of all the required merchandise and equipment required for the ten-day event, critically the project required the supply of the weekly time-sensitive newspaper which was distributed directly from the print centre and arrangements made for copies to be transported from the entry gate to The TLS stand, which itself was appropriately branded with the unmistakeable TLS gazebo and affiliated products!

After the highly successful ten-day event, our mission was to collapse and remove the stand along with all event equipment. This required us to arrange the associated logistics and a return to our facility for storage until the next event. 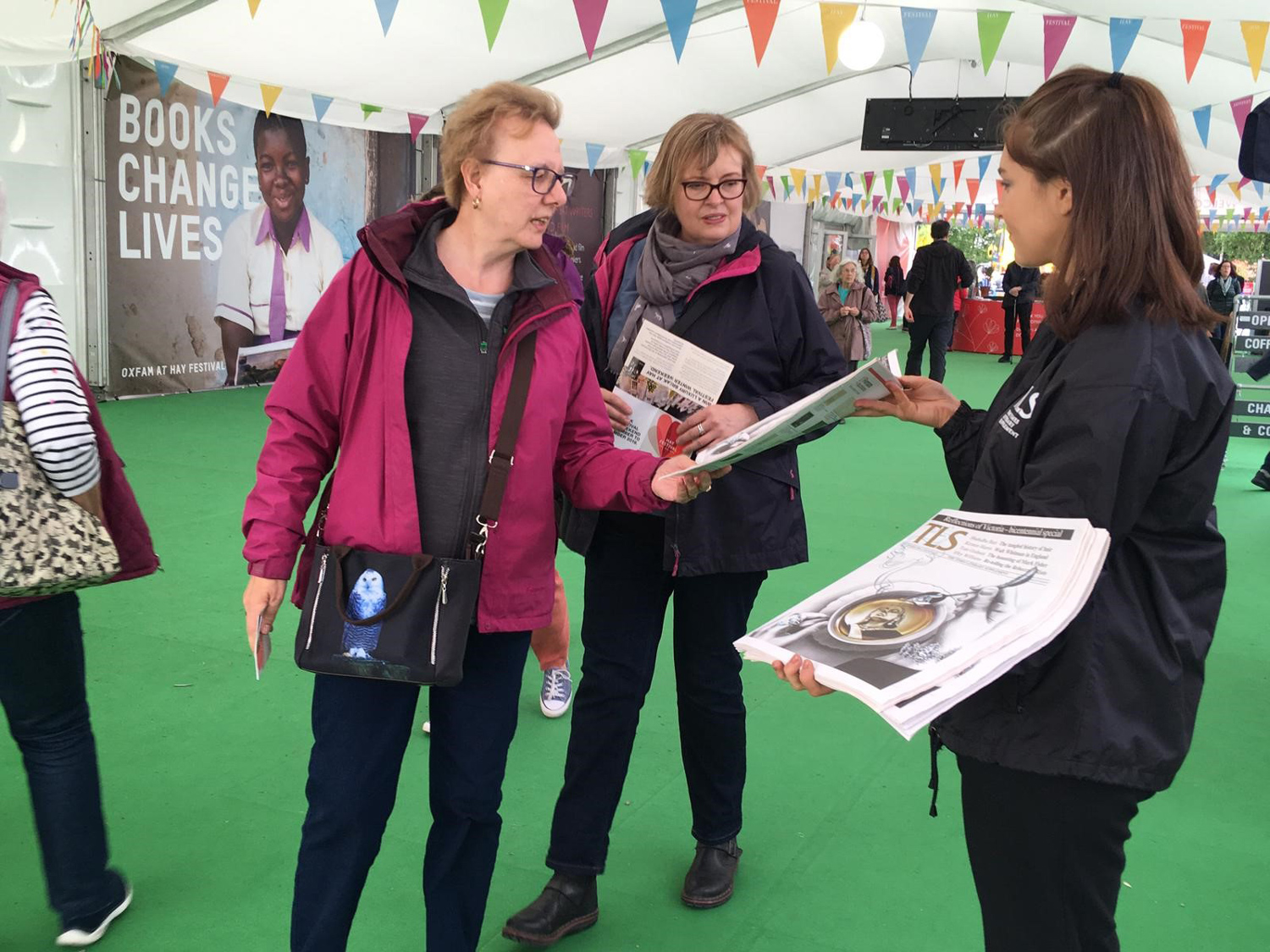 What our customers say
“For almost ten years we have trusted InterSend with the distribution of nearly two million printed magazines annually. Communication with our account manager has always been very fluid and we have found his prompt responses to be invaluable when overseeing complex logistics projects. Distribution of magazines in this volume is never without its challenges, but in InterSend we have found a partner that takes time to understand our needs and what is important to our business. I would have no hesitation in recommending their services.”
James Evans - First Car
“InterSend manages our magazine distribution and storage needs effectively and efficiently which saves us both time and money, and gives us peace of mind that this side of our business is taken care of.”
Victoria Evans – Student Health Guide
“We have been working with InterSend for nearly ten years. During this period there have been many changes to our requirements, however in every case InterSend have been flexible and resourceful in meeting our needs and providing the highest level of service. In particular, InterSend have provided a personal service with excellent response times.”
Kumar Patel – Research Information
“As a growing business, InterSend have been very keen to meet our escalating customer needs, and we have really seen the benefit of that by their commitment to staying operational throughout the lockdown when mail order was of ever greater importance.”
Ben Smith – Rebellion
“InterSend are an invaluable partner for us handling the pick and pack of our magazine and merchandise bundles which go out all over the world. They integrate with our Shopify system which minimises administration and are always responsive to our needs.”
Patrick Napier – Rock Sound
“The Charity distributed a selection of PPE to our Beneficiaries and Volunteers during the COVID 19 lockdown. We were looking for a company to help us set this up and implement the plan. InterSend provided all the support we needed. From accepting the product direct from the manufacturer, selecting the most appropriate logistics partner through to providing feedback on the completed deliveries. InterSend provided an effective and efficient solution and we would definitely choose them as our partner again.”
Tom Rodger - NewstrAid
“We have been using InterSend for fulfilment of our online orders and can highly recommend their services.”
Thor Magnusson – Bioide
“We have been using InterSend for well over a year and have found them to be knowledgeable, professional, thorough, courteous, and very quick to respond. We can heartily recommend their services.”
Ian Barth – Church Communities UK
“InterSend go above and beyond what is required of a mailing house by providing quick, honest, reliable and efficient services. For a publishing and marketing services agency like Tudor Rose, cost-effective methods applied in a timely fashion are of utmost importance, and we could not have asked for a better service provider. If a company’s response to crisis is a mark of its integrity, then InterSend has certainly excelled. Their handling of the pandemic, and their attention to our needs during these trying times have constantly and pleasantly surprised us.”
Ritwik Bhattacharjee - Distribution Consultant for Tudor Rose
“InterSend has been providing the NFRN with a single source solution for the print, fulfilment and distribution of our members magazine The FED for seven years. With the InterSend team offering such a high level of support and reliability, we know the magazine is in safe hands. More importantly, it arrives in 11,500 of our members’ stores easily and on time every month.”
Anne Bingham - NFRN
“We are an early stage company with very seasonal sales, and we have benefitted greatly from InterSend's expertise in managing business cycles. InterSend have been reliable and strategic partners for us, helping us to navigate key issues such as stock management, improving our cost-base and transforming our customer services. Working in partnership with InterSend, in particular Dave McGrory, we have started to see strong growth in the right direction in our start-up by being able to respond to opportunities quickly, efficiently and reliably.”
Maha Khawaja - OjO Games & Toys
“We have worked with InterSend on a number of one-off projects and the ongoing fulfilment of gift cards for our e-commerce site. They are reliable, solutions-focussed, competitively priced and a trusted extension of our team. Having worked together for a number of years we've always had a positive experience and would recommend their services.”
Alison Boydall - Jellyfish
“We outsource the fulfilment of various monthly subscription boxes to the team at InterSend. From low volume runs of 200 to a recent complex 5000 custom gift box project, InterSend has been flexible and reliable in delivering a professional solution. Not having to worry about the fulfilment or warehousing side of our business has really allowed us to focus on growing our business as we continue to expand into the subscription box industry. Always a pleasure to work with, I would not hesitate to recommend InterSend's services.”
David Toon - uOpen.com
Keep in touch
Enter your email below for InterSend updates and relevant industry news.
You can easily unsubscribe at any time. Click here for our privacy policy.
We love cookies
This website uses cookies based on your browsing activity.
By continuing to use this website you consent to our Privacy Policy and Cookies Policy.